This is Janine with Pool Zones and we up to number four, which is the Cyanuric acid or conditioner, also known as stabiliser. Again we are balancing in sequence here so we can expect that by the time we get to number four we have balanced number one… numbers one, two and three, and these will make everything else a lot simpler and easier to deal with.

So let’s cover the Cyanuric acid. On a test kit or a bottle here, you will see the Cyanuric acid in PPM, parts per million, it is between either 30 to 50, and then it shows 100; so what does that mean, I mean that’s a huge discrepancy between 30… to get from 30 to 100, it’s over three times. Why?

Well the reason for that is if it is a normal chlorinated pool, and it does not have salt. Then it will be the lower ranges, which are the ranges of 30 to 50. If it however gets converted to salt water, and saltwater pools will not be converted until after 30 days of curing. Then those pools require around 80 to 100, Cyanuric acid readings.

So in starting a pool, we’re going to want to be between 30 to 50. And let’s take a look at the process here of adding the acid. Now, the Cyanuric acid is actually a liquid acid, and it’s one of my very favourite, I quite enjoy dealing with this. It comes in a gallon bottle, and you need to shake the bottle very well, and we will give you the measured dose to add.

So keep in mind that in adding this liquid, that you are going to add a small portion of that one gallon Bottle, and in any situation you would not exceed around eight, maybe 10 ounces.

Again it looks like milk, and I’m going to dilute it and pour it into the skimmer, the skimmer is my preference area to pour liquids or anything that I’ve dissolved.

So in doing this; that is the Cyanuric acid, mixing that with water, and gradually pouring it in so that I protect the pool equipment. By doing it this way it disperses in these areas of the pool, via what we call Inlets in the wall, they’re like vents for your air conditioning. And this is an excellent way to do that.

So we’re following the sequence, we are working to get between 30 to 50 parts per million, and you will be asked to add 8 ounce increments. And you will be given a number, and of course the question is ‘well how many days will that take?

Well, you could add 8 ounces in a day and then follow it again the following day. Again if you have a large quantity that you need because you have a 50,000 gallon pool, then you will want to use the morning and the afternoon schedule to add that to the pool water.

So, now sign Cyanuric acid is so crucial, and the reason for the Cyanuric known as stabiliser or conditioner is that it protects the chlorine so therefore your chlorine use, whether it’s from salt water or chlorine tablets will be drastically decreased only if you have this conditioner in the water.

So, you can imagine that if you did the numbers you would see savings a great saving on chlorine because you chlorine would become far more effective with this conditioner.

So, now let me talk about another question that might be arising for you. Well, you know I have certain things to do I have to add calcium, and then I have to add acid to balance the alkalinity I’m still working those two parts together simultaneously.

That’s very true. And so you want to space that apart maybe three or four hours apart from each other. It just depends. And then of course if you’re working alkalinity, or you’re working acid for the alkalinity, if you’re still working with calcium for example, and now you’re getting into finishing up on calcium but every so often you still have to add the dry acid.

Then you just make sure that you’re spacing the adding of these chemicals apart by several hours, and so the Cyanuric might go in three hours after you have added the acid to balance alkalinity and pH, because that sequence, always remains the same. So in order of importance you follow the sequence.

And that’s it on adding conditioner, and now one point I would like to make is that with calcium, with hardness; once you balance that and it’s in the right range, you will find, that it’s great, that’s it, you’re good to go for maybe six months to a year to two years, and you may not need to add any more hardness to the water. Because hardness is added every time you fill, typically, unless you’re on a soft water system.

The Cyanuric acid unless you have a salt water pool conversion, and once you’ve added the conditioner or number as you can see there, then you won’t add it again.

You balance it, and that’s it. Once the initial dose is added, then that’s pretty much it unless you empty a lot of water out of the pool. 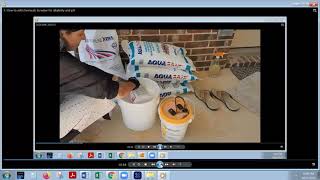 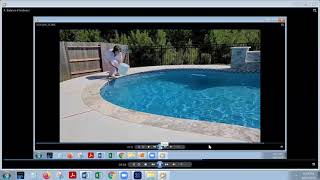 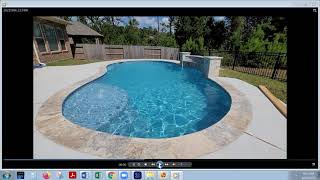 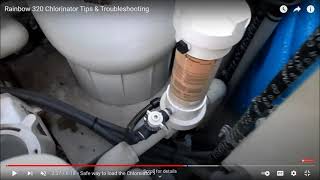 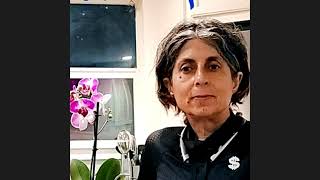